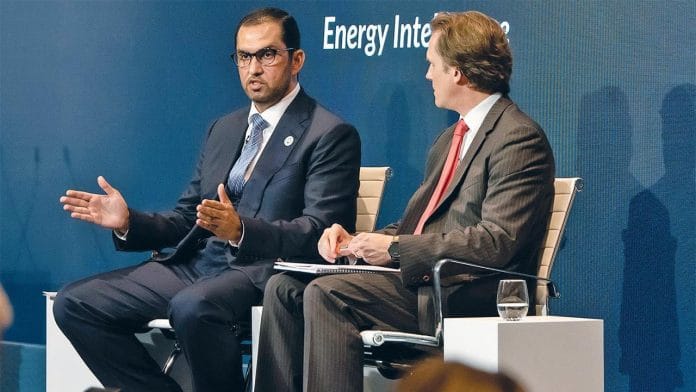 The United Arab Emirates are looking for a de-escalation of tension in the Middle East, ADNOC CEO Ahmed Al Jaber said on Tuesday after Iran accused the United States of shutting down the road to diplomacy with additional economic sanctions.

“The UAE will work … to defuse and deescalate the current threat,” Sultan al-Jaber, the Minister of State, said at a conference in London. “Now is the time for wisdom, diplomacy and the concerted efforts of the international community.”

He said that stability and energy security are essential to economic growth at the inaugural Bloomberg Emerging and Frontier Forum.

He added that now is the moment for the international community’s wisdom, diplomacy and concerted attempts, as everyone strives for a stable and safe business interest. Ahmed Al Jaber said that they are the fundamentals of financial advancement.