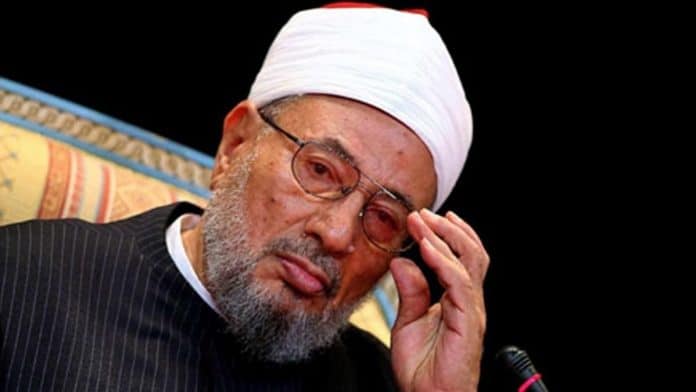 AlQaradawy is banned in many countries

Recently, Google decided to ban an application founded by AlQaradawy called “Euro Fatwa” from its store right before Apple Co. takes the same exact decision according to several sources.

The application was founded by AlQaradawy who is a member of the Muslim brotherhood terrorist organization and is used to spread some radical opinions and politics.

AlQaradawy is banned in many countries such as US, UK and France so he twisted his plan of chaos and disorder into an online application to have access to these countries’ people.

Popular opinions and loud voices were raised in order to shut this application down which Google acted accordingly and banned the application from its stores.

AlQaradawy has been linked to Qatar and terrorism who incited many people to kill, mess and destroy their countries.

On this application, AlQaradawy had some really radical opinions and many anti-Semitism fatwas which included killing all Jews to the last one of them alongside some other fatwas which encouraged suicidal attacks and terrorism.

It’s worth mentioning that many of the Muslim brotherhood organization members are being banned around the globe and they are protected by countries like Qatar, Turkey and somehow Iran. This countries trio has been known for its support to radical groups in the middle east and used to fund them with money and mora support.

This move from google and Apple Co. indicates that the world is showing his refusal to the existence of such persons and political directions and that these companies appreciate people’s objections and points of view. Such applications and radical politics should not exist in a peaceful world which we are trying to achieve.