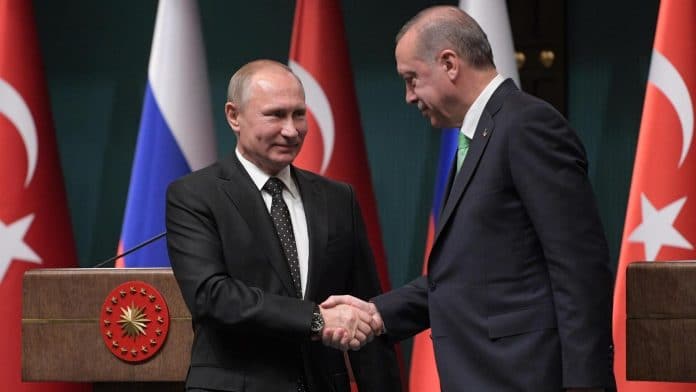 On Tuesday, Turkish President Recep Tayyip Erdogan said that Turkey would finalizethe purchase of Russia’s missile defense system S-400 in July – an agreement that generated tension with the U.S.

“The issue of S-400 is an issue directly related to our sovereignty and we will not backtrack from that. God willing, the delivery of the S-400 will start next month,” Erdogan said in a televised speech, confirming his previous stance.

Turkey also plans to purchase 100 F-35 fighters, and it has lucrative contracts for the building of components for the same jets. The US claims that the S-400s are not compliant with NATO systems and threaten safety of its own F-35 program.

Washington threatened Ankara with sanctions, saying they will prevent Turkey from buying the F-35s.

Erdogan vowed that, when they met later this week at the G20 Summit in Osaka, Japan, he could use his good relations with US counterpart Donald Trump to tear down tension. If Ankara continues with its acquisition of Russian air defense system, Turkey can not obtain the F-35, or assist in production of its stealth fighters, US envoy to NATO said on Tuesday.

“There will be a disassociation with the F-35 system, we cannot have the F-35 affected or destabilized by having this Russian system in the [NATO] alliance,” Kay Bailey Hutchison told the press.

The ties that break

On Monday, the Turkish foreign minister said Ankara was not afraid of US sanctions over the S-400 agreement.

Over the past few years, relations with Washington have worsened due to numerous problems, including the S-400 agreement, and US aid for Syrian Kurdish militants considered by Turkey to be “terrorists.”

US officials announced earlier this month that Washington had stopped training Turkish pilots on F-35 fighters at an air force base in Arizona.

Jewish center’s menace in Ohio gets a man detained