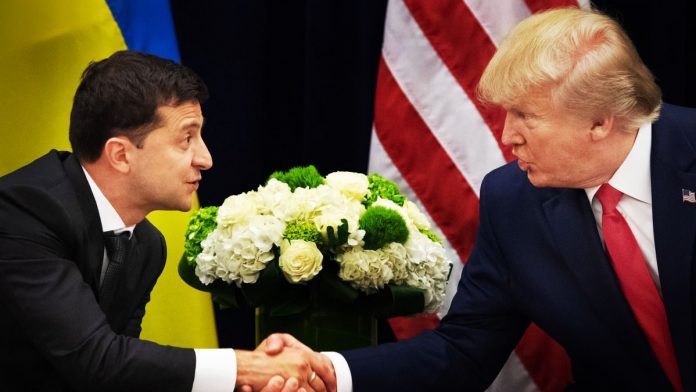 Kurt Volker, the U.S. Special Envoy for Ukraine, resigned according to a U.S. representative as the first victim in the fast-growing defamation controversy concerning Donald Trump.

Volker is scheduled to present before the Congress next week in the whistleblower complaint as assisting Ukraine President Volodymyr Zelenskiy to “navigate” Trump’s requirements.

The news, first published in the Arizona student newspaper, the State Press, came out late Friday, hours after Congress granted a summons to U.S. Secretary of State Mike Pompeo to hand over papers pertaining to the President and his lawyer’s links with the Government of Ukraine.

It surfaced this week that Volker helped organize a session between Trump’s private lawyer, Rudy Giuliani, and Ukraine’s national secretary. Giuliani was attempting to persuade Zelenskiy’s government to explore the child of Joe Biden, Trump’s potential adversary in next year’s elections.

With the prosecution of Trump underway, further claims arose from White House attempts to restrict access to transcripts of discussions with other nations. Trump’s phone calls to Saudi Crown Prince Mohammed bin Salman and Russian President Vladimir Putin were also severely limited, according to former administration representatives cited by CNN and the New York Times.

The Washington Post noted that further limitations had been put on the information of the 2017 conference between Trump, Russian Foreign Minister Sergei Lavrov and Ambassador Sergei Kislyak, in which Trump stated that he had not been disturbed by Moscow’s interference in the 2016 elections because the US had done the same thing in other nations. The White House restricted access to comments about “an exceptionally tiny amount of individuals,” the Post said after talking to three former representatives. The President had already been accused of exchanging very delicate data on the Islamic State party during the conference.

Earlier on Friday, in a parliamentary letter to Pompeii, three House committees requested records as part of their inquiry on “the extent to which President Trump threatened national security by urging Ukraine to interfere with our 2020 elections and by withholding safety help from Congress to assist Ukraine combat Russian aggression.”