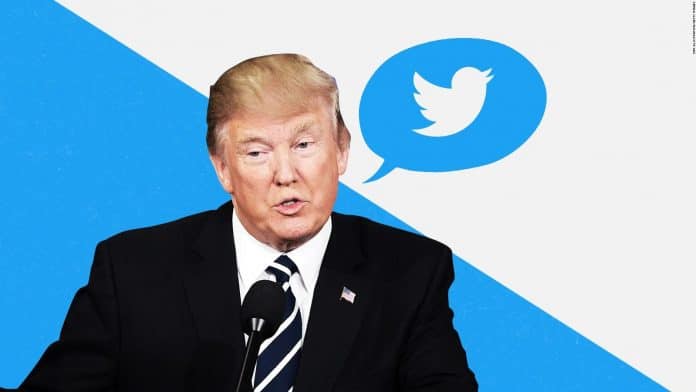 His outbursts have become all too predictable in the approximately three years that Donald Trump was in the White House. This is more obvious nowhere than on Twitter, the place where he seems to feel the most relaxed being scandalous and hateful. After tweeting racist assaults on Saturday characterizing Baltimore city and Rep. Elijah Cummings neighborhood as being “infested” with rats and crime, Trump seemed to be making fun of Cummings ‘ residence allegedly burglarized the previous Friday.

Some suggest that Twitter should ban Trump, and I agree wholeheartedly. But, unfortunately, that’s unlikely, particularly since Twitter opinions Trump differently than its millions of “frequent” users. “Blocking a world leader from Twitter or wiping their contentious tweets would conceal significant data that individuals should be willing to see and discuss,” Twitter said last year in a blog article.

But the thing here is: we don’t have to read it. We don’t have to scroll endlessly to see the recent vile and harmful rhetoric on any specified day that he is spewing.

Indeed, the proposal from Murphy is something I wish I would have believed earlier. Although I never technically followed Trump, the last time I went over a day without checking his feed, I don’t remember.

I’ve published widely about my own knowledge of getting hateful vitriol on Twitter, so I think that Trump has harassed many individuals over the years. After hitting tweet, it’s exhausting and weighs you down to see tweet. And yet, in that infinite scrolling, I discovered myself deep. What did he do? What did he say? Who was he now intimidation? I looked at his Twitter not because I necessarily wanted to stay on top of current events; I just couldn’t put down my phone, just as you couldn’t prevent watching really poor reality TV because of its shock value: “OMG, did he just tweet that?”

But there emerges a point when this kind of “reality television” is too true, too toxic — where infinite scrolling is truly terrible for your health.

So I promised to refrain from reading Trump’s tweets when I left town last week. All week. Seven days in total. I did it, and it was a kind of happy existence that I never imagined possible— a level of calm that I hadn’t experienced before November 2016. It was amazing.

When I posted on social media about my experience, I quickly found out I wasn’t alone. So many feel the same way exactly. Some said in the name of self-care they unfolded Trump, while others came one step further and barred him in fact.

I’m not going to lie: I struggled with some guilt at the idea of totally shutting myself off from his missives. Is it irresponsible for me as a committed citizen to disregard the remarks on social media made by the President to the public, the media or other globe leaders? Is it wrong to ignore something that we don’t like, as if we don’t recognize it’s going to create it go away?

I’m not sure where that line is yet, but I understand one thing for sure: it would be a strong act of communal opposition not to read Donald Trump’s phrases on social media. Millions of us could send the signal that in 2019 there is no room for racism, homophobia, misogyny and capability. Not in our congregations. Not in our administration. And not in feeds from our social media.

Why Trump’s plan to replace Obama Care is abandoned