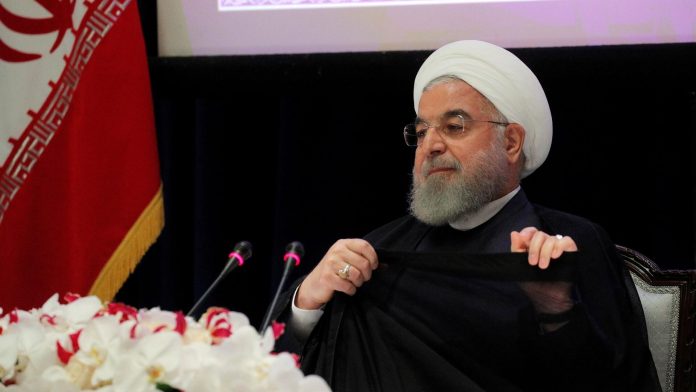 The United States sent a message to European leaders that it will lift all sanctions against Iran, according to Iranian President Hassan Rouhani, who said that he had rejected talks with Washington while US sanctions remained in place

Rouhani, talking on his return from the United Nations General Assembly in New York, said that Germany, Britain and France had insisted on a joint conference with U.S. leaders.

“The German Chancellor, the Prime Minister of Britain and the President of France were in New York, and everyone requested that this conference should take place, and America said it would raise the sanctions,” Rouhani said, according to his formal blog.

“It was up to the discussion what sanction would sanctions they would impose and they (the United States) had clarified that we would drop all sanctions,” he said on his blog.

U.S. — On Friday, President Donald Trump tweeted that he had dismissed Iran’s application to increase the punishments.

“Iran wished me to raise the sanctions placed on them to satisfy them. I said, NO! He penned that.

According to Rouhani, France and Britain urged him to encounter Trump, and French President Emmanuel Macron warned him that if he did not, it would be a missed chance. British Prime Minister Boris Johnson proposed that Iran’s president should take the plunge.

Iran has ruled out bilateral discussions with the United States unless it returns to the 2015 Iran nuclear agreement, discontinued by Trump last year, and eases the crippling economic sanctions that it has since placed on the Islamic Republic.

Iran was prepared for talks, but not in a climate of sanctions and stress, Rouhani said.

Rouhani did not encounter Trump in New York, and European and Gulf leaders expect Washington to continue to tighten the vice on Iran’s economy.

The United States and Iran are at odds with several problems, including U.S. removal from Iran’s 2015 atomic agreement, U.S. charges–rejected by Tehran–that Iran assaulted two Saudi petroleum installations on Sept. 14, and Iran’s arrest of U.S. people on what the United States considers being a spurious basis.