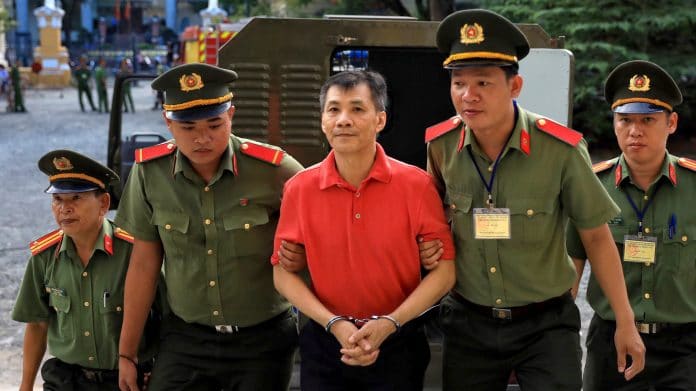 Michael Phuong Minh Nguyen, 55, confessed that he wanted to start protests, but he denied more severe accusations of preparing to attack government offices with Molotov cocktails in Hanoi and Ho Chi Minh City in Vietnam.

Nguyen, who was arrested last year, will be deported after serving his sentence.

Despite major economic reforms in recent years, Vietnam remains a one-party Communist state where criticism of the authorities is not tolerated.

His brother-in-law, Mark Roberts, said Michael had monthly visits from the United States Consulate reps since his arrest, but they can’t discuss the case.

Born in Vietnam, Michael Nguyen has lived in the United States since he was a child. Father of four was detained on a personal trip in July 2018. Soon after his arrest, a petition for his instant release was initiated by activists in the U.S.

Trump says US will have more ventilators than it needs