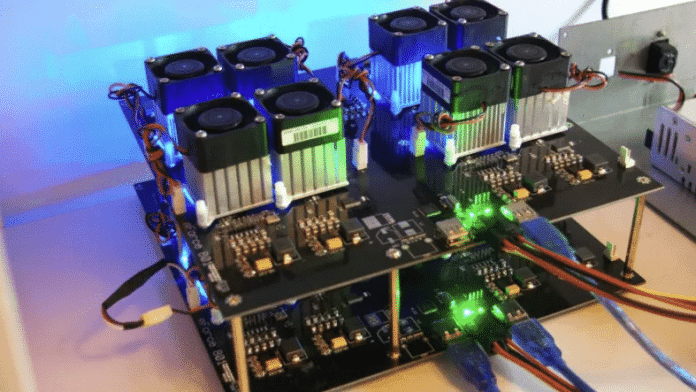 According to state TV reports, government in Iran has confiscated around 1,000 Bitcoin mining devices from two former facilities.

The action was taken after a spike in the usage of electricity.

Demand for power increased in June by 7 percent and cryptocurrency mining was believed to be the primary cause, a spokesperson for the energy ministry informed local state-run media. One scientist said that in Iran, Bitcoin gained more and more attention as a prospective means to store riches.

“Two of these bitcoin farms have been identified, with a consumption of one megawatt,” Arash Navab, an electricity official, told state television.

Mining cryptocurrencies such as Bitcoin include linking computers, usually dedicated “mining machines”, via the internet to the currency network.

Mining machine operators are compensated with newly produced coins by offering computing energy to validate operations on that network, making it a possibly profitable practice-particularly when performed on a big scale.

With US sanctions targeting Iran financially over its nuclear program, Iranians often address the issue of how to safely store assets via social networks. Gold and US dollars have been prevalent suggestions for many years.

Coronavirus vaccine: The story of the race to solve the COVID conundrum