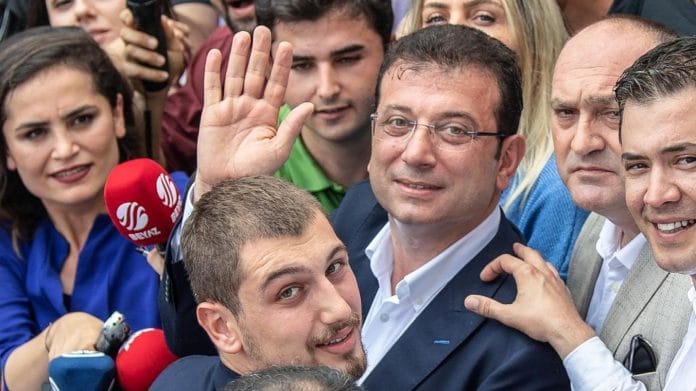 According to the state-run press agency Anadolu, the Turkish opposition’s mayoral candidate, Ekrem Imamoglu, won again in a new election in Istanbul on Sunday, winning over 54 percent of the vote.

The support for Imamoglu increased to 4.7 million votes, while the support of Yıldırım dropped to 3.9 million, according to the unofficial results. The turnout of voters remained roughly the same at 84%.

Yıldırım held a press conference conceding defeat while the ballot count was still in progress. He congratulated his adversary in ruling Turkey’s biggest city and wished him luck.

“The age of waste, arrogance, discrimination and prejudice has ended in İstanbul, and the age of love and fraternity has begun,” İmamoğlu told reporters after his victory.

Virginia gun rally: Authorities gear up for unrest in Richmond

Protests turn to clashes near Lebanon parliament in Beirut