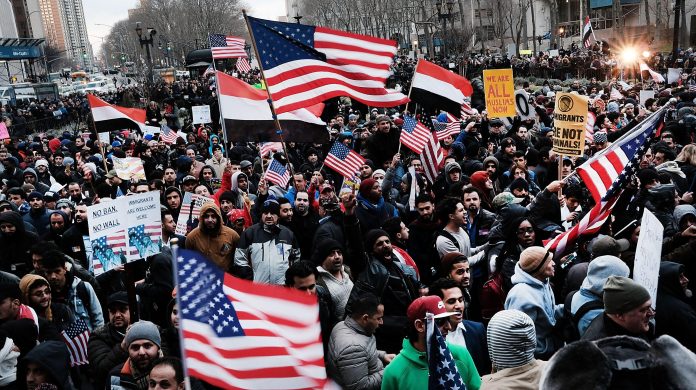 The administration announced that it would introduce a refugee cap of 18,000 for the fiscal year and enable countries to prohibit resettlement

According to specialists, the Trump administration’s modifications to US refugee strategy are “to the point of ruining the program” as the number of displaced people globally continues to expand.

On Thursday, the administration announced that it would introduce a refugee cap of 18,000 for the fiscal year beginning on October 1. It also released an executive order that would allow countries or “local authorities” to prohibit refugee resettlement.

In reality, specialists advised, not only will it will allow fewer individuals to join the US than ever before, but these choices will break down the infrastructure that will support refugees when they arrive in the US. Families are therefore struggling to remain together.

Jen Smyers, Director of Policy and Advocacy at Church World Services, said the change was “so much to destroy the program.”

In particular, the advocates are concerned about 8,000 refugees who have been allowed to travel to the US and may now have their journeys delayed or cancelled.

“In fact, this is the United States becoming a poor actor when it goes to protecting refugees,” Smyers said. “This is what the United States is state–at when the globe is experiencing the biggest relocation crisis in history–that the US is trying to fold up its mat and go back. It’s amazing.

Senior US representatives said, calling journalists, that the cap was laid so high because the administration is trying to react to the amount of individuals seeking asylum at the southern border. In reality, the asylum program is separate from the refugee program.

Smyers said the White House claimed it was a “bald-faced lie.”

COVID-19 and Romania's healthcare brain drain could be 'perfect storm'