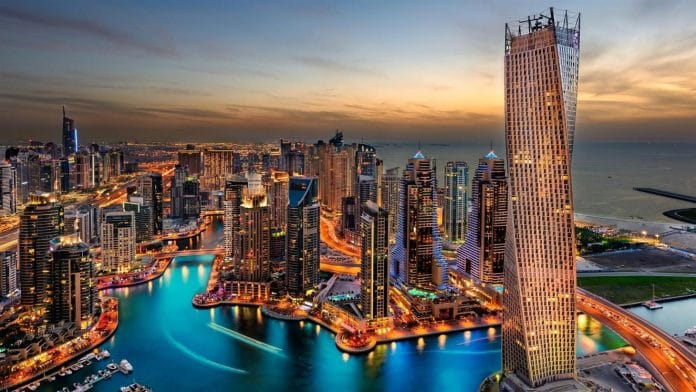 As Dubai continues to find ways to make life even easier for its expat residents, each year the city introduces a range of laws and rules. 2019 was no exception, so you should definitely learn about five rules and regulations implemented in 2019, from having your liquor permit to canceling your phone contract.

If you want to quit your mobile phone contract early in the UAE, you have had high fees for doing so before. But, that’s set to change because the UAE Telecommunications Regulatory Authority (TRA) is introducing a new regulation. The TRA said in a statement on Wednesday March 20 that the change will imply that customers will only be charged a one-month fee to stop their mobile phone contract early.

This replaces the present policy allowing network providers to charge a monthly fee multiplied by the amount of remaining months in the contract. The TRA advised that the change had already been implemented in the’ coming period’ to new mobile contracts, with the network regulator working to bring these modifications to current contracts as well. This is expected to be complete during 2019.

The new permanent residency visa for the UAE was announced in May 2018, and Sheik Mohammed confirmed in a tweet in March 2019 that the cabinet had started reviewing long-term visa applications. Sheik Mohammed said that the new visa model will guarantee that the UAE stays “a global talent incubator and a continuous pioneer destination.” Approximately 6,800 people were given permanent residency and gold card status under the first round of applications. According to the Dubai Ruler, those 6,800 citizens collectively promised investments of about Dh100 billion.

Dubai Police has eased the fine repayment laws in line with their safety initiative, which provides exceptional standard to drivers with additional discounts over time. The project, initiated in the Year of Tolerance, is aimed at promoting safer driving by providing up to 100% off penalties if a driver does not commit crimes for a whole calendar year.

Residents realized, however, that it would be hard to make use of this benefit, as before the annual car registration renewal, all penalties should be removed. But the Roads and Transport Authority (RTA) has been advised by Dubai Police to allow drivers to renew their vehicle without releasing their fines. It’s still unclear at the moment when residents are going to have to pay them back if they don’t get the complete discount.

The method has been considerably simplified for residents looking to buy a liquor license in Dubai, making it much easier to acquire the licence. Previously, your employer, father or husband’s NOC letter, tenancy agreement and wage certificate displaying income of more than Dhs3000 per month included the criteria for acquiring a permit.

Your Emirates ID copy, passport copy, visa copy, and passport photo are all you need to submit your request now. You can also complete the application and payment of Dhs270 online on the official website of the MMI or African + Eastern once you have the four necessary documents. You must be a non-Muslim and over 21 years of age. You can obtain the permit from your selected MMI or African and Eastern shop if your request is authorized and you will even be given vouchers to spend in exchange.

Coronavirus: US set to recommend wearing of masks