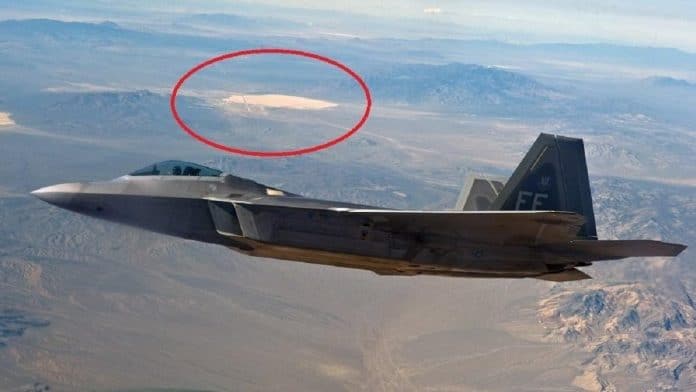 Area 51 is still a top secret area but will it continue to be?!

A message by the US Air force responding to a Facebook’s group’s efforts to have 450,000 people storm a top secret military base called Area 51 which simply says: “Fun and games on Facebook may have serious consequences for the foolish.”

Many conspiracy theories have always believed that Area 51 in Nevada keep top secrets about extra-terrestrial activities on our earth like aliens remains and aircrafts. That belief spawned a Facebook group suggesting that a wave of humanity could overwhelm the defenses at the base and discover the truth.

Over 400,000 people have joined a Facebook event page calling for overwhelming Area 51.  This event is to occur on September 20.

The event description says: “We will all meet up at the Area 51 Alien Center tourist attraction and coordinate our entry, if we Naruto run, we can move faster than their bullets. Let’s see them aliens.”

Naruto run is referring to the unique running style of the protagonist Naruto Uzumaki in the Japanese anime series Naruto in which he runs with his hands behind his back to reduce the wind resistance to the minimum.

Air Force spokeswoman Laura McAndrews declined to elaborate on specific details of the military’s plans to encounter this event but she made a statement saying: “[Area 51] is an open training range for the US Air Force, and we would discourage anyone from trying to come into the area where we train American armed forces,” McAndrews said. “The US Air Force always stands ready to protect America and its assets.”