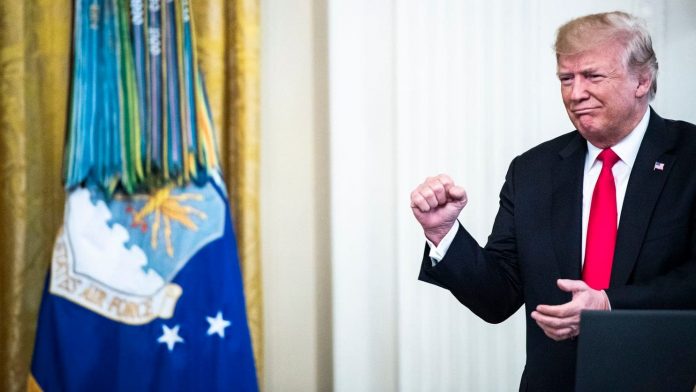 President Trump’s recent controversies. Does Trump only care about himself?

Donald Trump’s recent arguments create his presidency sound more like a car for self-justification, self-preservation and self-enrichment than ever before.

In the last few days alone, Trump has seized the authority of the executive branch to cover up his own disqualified allegations that Hurricane Dorian would strike Alabama. There is growing proof that his state is leading the formal company to its own characteristics.

It is escalating its assaults on the Federal Reserve, requesting that the autonomous central bank adopt measures that would strengthen its greatest case for re-election—a powerful economy — but that could bind its hands with a monetary recession.

It boasts of getting billions of bucks from “all over—i.e. public financing allowed for other projects—to construct a fence that Congress, exercising its constitutional prerogative, has declined to finance and is crucial to its 2020 campaign approach.

His president has often been an exercise in experimenting and even moving beyond constitutional limits—a course of action that the House Judiciary Committee Democrats are planning to stress by voting this week on a bill setting out processes for the inquiry now that they are actively contemplating the prosecution.

It’s not just at home that Trump often seems most worried about serving his own purposes.

The President also appears to be using foreign policy as a propaganda instrument. His summits and pen pal relations with Kim Jong Un did not stop North Korea’s atomic or missile programs. They provided photo-ops showing him bestriding the globe—and his last Cold War border—looking like a politician.

Trump has postponed two overseas journeys in latest weeks — one because Denmark offended him and the other by Poland to track Hurricane Dorian — and instead tweeted misinformation and attacking news organizations that reveal his fake view of the globe.

Trump disclosed on Saturday that he had planned, then postponed, a conference with the Taliban in Camp David. Perhaps this might have heralded a breakthrough in America’s shortest conflict. But his strategy also fueled fears that he was looking to get out of Afghanistan rapidly and with little thought for what would come next to strengthen his 2020 campaign.

“The whole thing doesn’t make sense, and it’s just another instance of the President’s handling of foreign policy like a game show. It’s not a game show, they’re militants,” said Democratic presidential candidate Amy Klobuchar on CNN’s “State of the Union.”