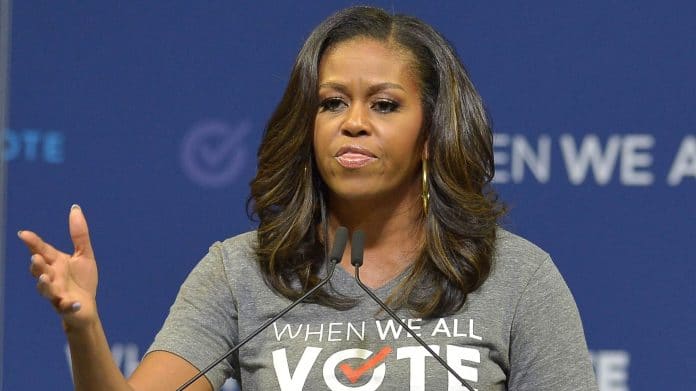 According to a new poll by YouGov, the former first lady of America,Michelle Obama, outranked Emma Watson (who ranks fifth), Queen Elizabeth II (who ranks fourth) and Oprah Winfrey (who ranks second).

Angelina Jolie moved two ranks down from the first place which she earned last year to the 3rd rank while Opera Winfrey moved one rank up to hold the 2nd position for now.

On the other side, in the men ranking, the standings stayed the same at the top 5 positions as Bill Gates in first, Barack Obama in second, Jackie Chan in third, President of the People’s Republic of China Xi Jinping in fourth and businessman Jack Ma in fifth.

the YouGov website stated that More than 42,000 people from 41 countries were interviewed to determine the lists.

Apparently, the former first lady acquires a huge popularity and admiration among all cultures around the globe considering her efforts in politics and human rights activities before.