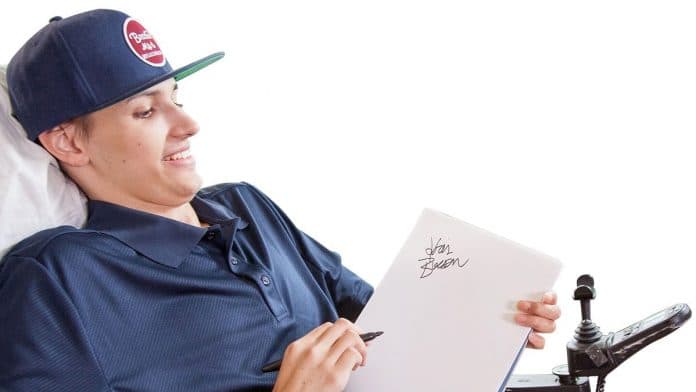 Kris Bosen, a 21-year-old man from Bakersfield, California, has undergone a historic stem cells therapy that allows him to recover from a state of paralysis he thought would be with him forever. Bosen was in a serious car accident when he was older, leaving him completely paralyzed from the neck down.

Charles Liu, director of the USC Neurorestoration Center, the team’s lead surgeon did the transplant, said it was a very experimental procedure and referred to it as a’ study.’ Bosen was injected at the Rancho Los Amigos National Rehabilitation Center in Downey, California, with an experimental dose of 10 million AST-OPC1 cells. The dose was fired straight into the cervical spinal cord.

“Typically, spinal cord injury patients undergo surgery that stabilizes the spine but generally does very little to restore motor or sensory function. With this study, we are testing a procedure that may improve neurological function, which could mean the difference between being permanently paralyzed and being able to use one’s arms and hands. Restoring that level of function could significantly improve the daily lives of patients with severe spinal injuries,” Liu explained.

It has been nearly three years since Bosen was treated in April 2016, and during rehabilitation he has shown incredible advancement. It took Bosen only two weeks for his arms and fingers to regain control and starting to feel.

Bosen hopes that this same treatment can help him walk someday as well.

“All I’ve wanted from the beginning was a fighting chance…But if there’s an opportunity for me to walk again, then heck yeah! I want to do anything possible to do that,” Bosen says.

These kinds of stem cell treatments offer fresh hope to people in similar situations as, after seeing Bosen’s success, more institutions are comfortable trying the procedure.

Spinal cell stimulation using stem cells actually helps to cure paralysis in many circumstances, according to a research performed this year at the University of Minnesota Medical School.