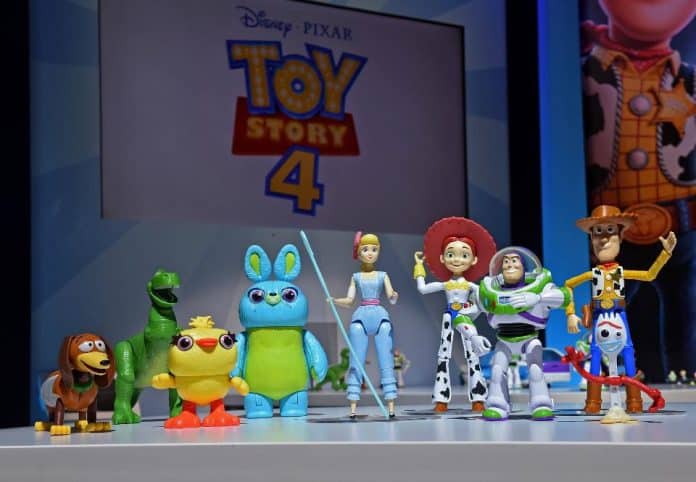 Disney and Pixar’s Toy Story 4 topped the weekend box office and did so with the franchise’s largest opening weekend yet, but it seems to have been bitten by the summer’s sequel slump as it delivered a bit below the studio and industry expectations.

On top of that, UA Releasing’s Child’s Play finished in second place while also missing forecasted pre-weekend expectations while Lionsgate and Summit’s Anna fell just shy of a spot in the top ten.

With an estimated $118 million, Disney and Pixar’s Toy Story 4 topped the weekend box office, though fell well short of the studio’s $140+ million expectations, not to mention Mojo’s lofty weekend forecast. The performance is, however, the best of the franchise, topping Toy Story 3’s $110.3 million opening back in 2010 and fourth largest animated opening ever. It is also the third largest opening weekend of the year, giving Disney the top four openings of 2019.

Looking at Pixar’s last ten releases, the average multiplier is 3.44x, which would suggest a domestic run for Toy Story 4 over $400 million and looking at the animated studio’s past June releases, that multiplier goes up to 3.56x, suggesting a possible domestic run over $420 million.

The top market was Mexico, where the film opened with an estimated $23.4 million, representing the third highest opening of all-time in the market behind just Avengers: Endgame and Avengers: Infinity War. From there, the UK was the second largest opening with $15 million, followed by China ($13.4m), Brazil ($9.6m), Korea ($8.5m), Argentina ($6.9m) and Australia ($6.1m).

The film will also open in France and Italy next weekend followed by openings in Japan (Jul 12) and Germany (Aug 15).

The movie has also garnered some of the best reviews of the franchise to go along with an “A” CinemaScore from opening day audiences. On top of that, the film has a long runaway ahead of it as the next major family film isn’t until July 19 and it is yet another Disney picture in The Lion King. It also isn’t until mid-August release of Sony’s The Angry Birds Movie 2 that another animated feature hits theaters, giving Toy Story 4 plenty of room to breathe.