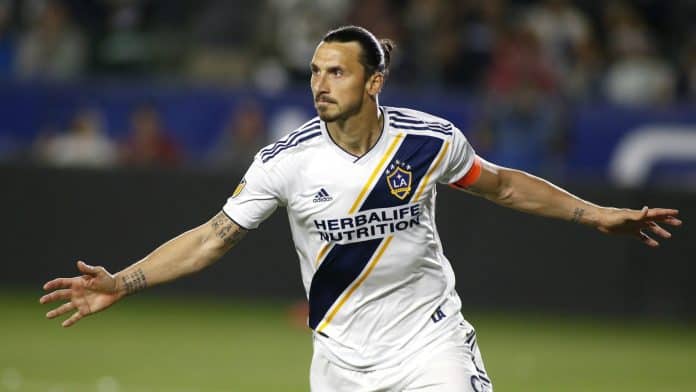 Zlatan Ibrahimović faces a long ban in the MLS after elbowing an opponent during LA Galaxy 3-2 win over LAFC in a heated LA derby on Friday night.

Zlatan Ibrahimović scored a hatrick in this game to reduce LAFC’s lead at the top of MLS log in the Western Conference to nine points but it didn’t end well as he was condemned at full-time after clashing with Libyan international Mohamed El-Monir, which left the North African requiring a surgery for injuries suffered.

According to reports, Videos revealed that Ibrahimović checked into El-Monir’s position right before directing a heavy elbow to his face which happened after the match official ignored calls from Ibrahimović and his teammates, to sanction the left-back for a tackle on Galaxy midfielder Joe Corona.

Ibrahimović has been suspended once this season by MLS eggheads for unsportsmanlike behavior.