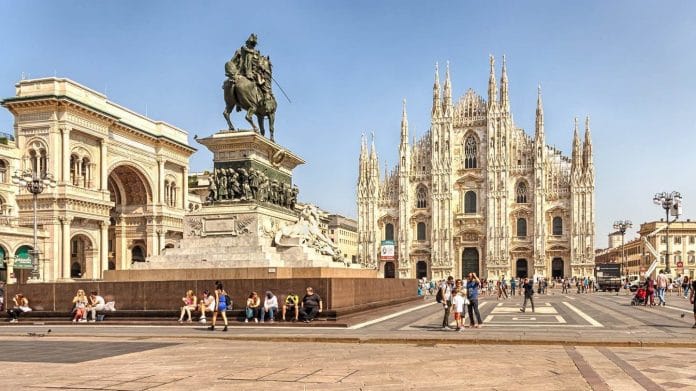 The International Olympic Committee announced on Monday that it has accepted the bid by Italy to host the 2026 Winter Olympics, which will take place in Milan and Cortina d’Ampezzo.

The IOC selected Milan-Cortina over Swedish rivals Stockholm-Are to host the games after a day-long meeting in Lausanne, Switzerland, which included lectures and questioning in closed-door meetings.

The vote took place at the SwissTech Conference Center where, in July 2017, the IOC decided that the 2024 Olympics and 2028 Olympics would take place respectively in Paris and Los Angeles. Monday’s announcement to pick Italy was broadcast on huge screens in Milan’s Piazza Gae Aulenti, as well as in Cortina’s Piazza Angelo Di Bona.

Eighty-three IOC members were qualified to vote on the location of the 2026 Winter Olympics, but the ballot was abstained by President Thomas Bach, leaving a total of 82 votes. However, if there was a tie between the two towns, Bach could cast a vote. Voters included Qatar’s Emir and Britain’s Princess Anne.

“They are two of the richest provinces in Europe. They certainly have the capacity, they have the readiness, they have the finances in order to be able to support the event,” Italy Undersecretary of State Giancarlo Giorgetti said, despite Italy’s debt load being the second highest in Europe behind Greece.

Swedish Prime Minister Stefan Lofven said he was happy to be present in the decision-making process before the election.

“Seriously, I am very proud to be part of this. It’s important to Sweden, we’re a big winter sports nation. We love this, we know how to do this,” Lofven said.

In past few years, Italy has twice rejected proposals for a bid to host the Olympics. Plans were canned in 2012 for Rome’s plan to host the 2020 Summer Olympics, and another offer in 2016 for the 2024 Olympics was cancelled following resistance from the mayor of Rome.

Coronavirus: US sees record 884 deaths in one day

COVID-19 patients transferred away to ease pressure on Paris hospitals