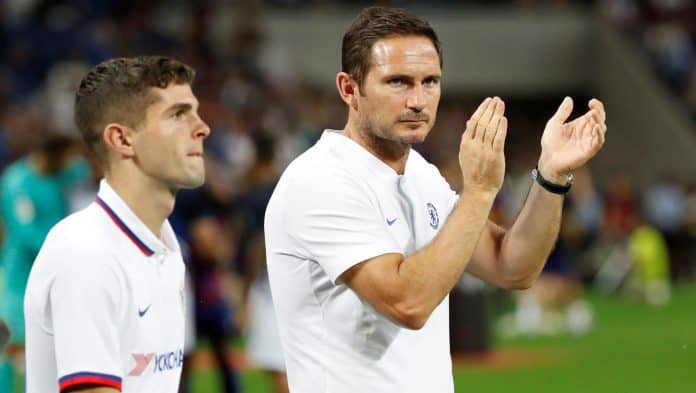 Chelsea overcame a depleted Barcelona side to win 2-1 on Tuesday in the opening game of the inaugural Rakuten Cup.

The friendly match at Saitama Stadium was touted as the first-ever meeting between the two European champions in Japan when it was announced in March. But the announced crowd of 51,126 around 10,000 below the former 2002 World Cup venue’s capacity rarely raised its collective voice during play.

While newly minted Barcelona star Antoine Griezmann did make his debut in the legendary red and blue uniform, the La Liga champion’s squad list did not include Hiroki Abe, the Japanese striker who was signed to Barcelona B earlier this month and accompanied the team to Japan despite an injury.

The two sides made a combined 11 changes at halftime, with eight players — including Griezmann and veterans Gerard Pique, Jordi Alba and Sergio Busquets — coming off the pitch for Barca to Chelsea’s three.

Barcelona B midfielder Carlos Perez, who made his Spanish first-division debut in May, was eager to impress after coming on, testing Arrizabalaga on several occasions.

Chelsea eventually expanded its lead in the 81st minute through 25-year-old midfielder Ross Barkley, who hammered home with his left foot from a yard outside the penalty area.

But Ivan Rakitic gave the heavily pro-Barcelona crowd something to cheer about when his shot own shot from outside the box rocked the back of the net.