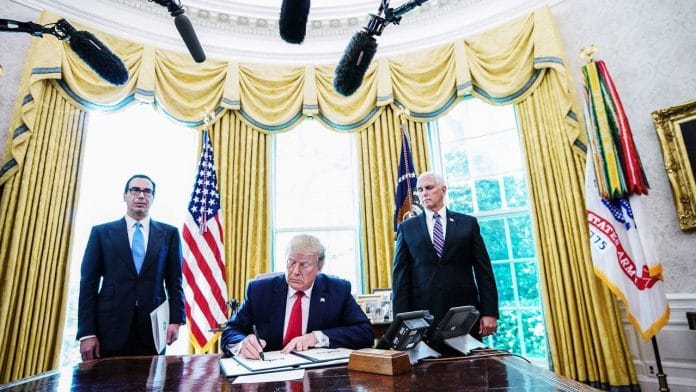 U.S. President Donald Trump said on Wednesday that any conflict between the U.S. and Iran would be quick and that the U.S. is in strong position, even though he reiterated his intention to prevent a military clash while blasting the representatives of Tehran.

“I hope we don’t, but we’re in a very strong position if something should happen,” Trump told Fox Business Network when asked if a war was brewing. “I’m not talking boots on the ground … I’m just saying if something would happen, it wouldn’t last very long.”

Tensions between the two nations have escalated in previous weeks after Washington accused Tehran for attacking two oil tankers, followed by the downfall of an American surveillance drone off the coast of Iran. Iran rejected the assaults on the tankers and added the drone was in its airspace. Trump subsequently called off a counter-strike, stating that too many Iranians would have been killed.

The parties ‘ rhetoric has built up, with Trump demanding Iran’s “obliteration” this week after Iranian President Hassan Rouhani said Tuesday that the activities of the White House were “mentally retarded.”

“I don’t think their leadership is smart,” Trump said on Wednesday. “Iran is going down the tubes,” he added, citing biting U.S. sanctions as well as unrest in the country and other economic pressures.