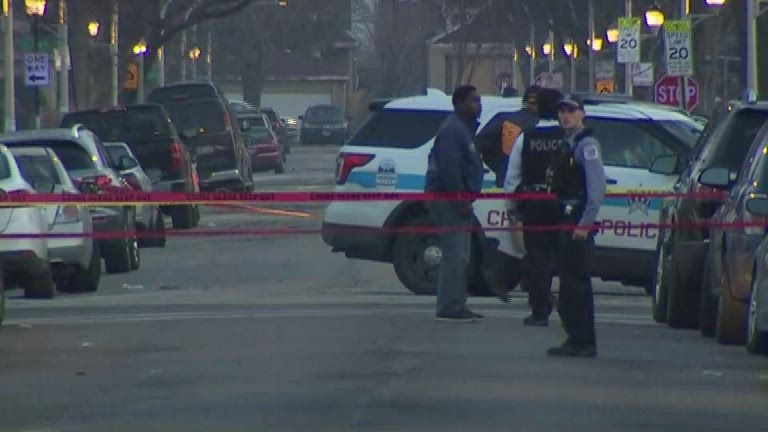 Five people, including two children, were shot and wounded Saturday at a family gathering in Chicago, police and fire officials say.The shooting happened around 6:20 p.m. in the West Englewood neighborhood.Chicago Fire spokesman Larry Langford said one of the children was shot in the chest and the other in the leg. Three other people have also been shot and taken to hospitals.A witness of the shooting, Lamon Reccord, told NBC Chicago that “I can’t get it out of my head.”“This boy, he was at least no older than 10 years old, and he was literally in front of my feet with a gunshot wound to his chest, and his mother was just putting pressure on him,” said Reccord.Reccord, 20, was vividly upset over the shooting and told NBC Chicago he has lost many friends to gun violence.Dennis Tabb, who works for an anti-violence organization, told the station the gathering was a baby shower and people he knew attended so he went to the scene.In January, preliminary numbers released by the Chicago Police Department showed that murder rate decreased in 2018 for the second straight year, following a surge in violence in 2016.In 2016, there were 777 murders, making it one of Chicago’s most violent years since the mid-1990s.
Post Views: 565

Daniel Lewis Lee: First US federal execution to go ahead after 17 years