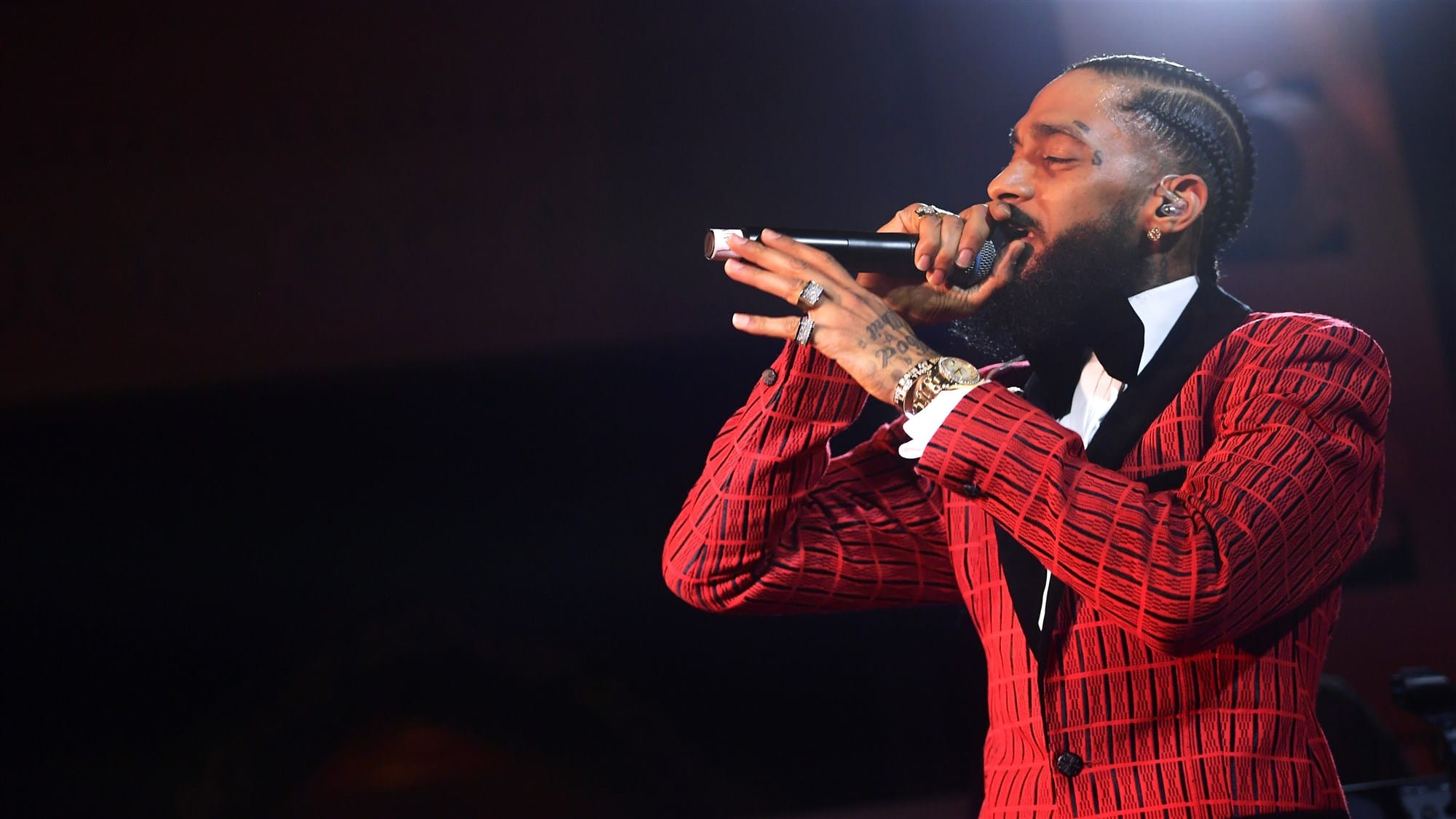 Last Sunday, Nipsey Hussle, Grammy-nominated rapper was killed outside his clothing store in a shooting in Los Angeles.

Suspect remained at large besides two men were also shot.

Today we lost a great musician, Nipsey Hussle. Our Mayor’s Crises Response Team has responded to this tragedy. We are now consoling and offering support to the family. Our prayers are with them and all those who knew and loved Nipsey Hussle.

At 3:25 p.m, Hussle was shot multiple times in parking lot at his store – Marathon Clothing – located in on West Slauson Avenue southern Los Angeles before hospital pronounced his death.

One of the two injured men was treated at a hospital while the third man declined treatment.

Hussle, 33, tweeted just a couple of hours before;

Having strong enemies is a blessing.

We (@LAPDChiefMoore and I ) were meeting , at the request of @NipseyHussle with him and @rocnation tomorrow at 4pm to talk about ways he could help stop gang violence and help us help kids. I’m so very sad https://t.co/rcGtvw9c6L

“It ain’t just Los Angeles. He was an inspiration that was bigger than Los Angeles. You see all these people out here? He was really cool. He was a dope individual every time I met him”

Last year, Hussle had an interview with Forbes, saying;

“As a youth, he’d fallen prey to ignorance & self-destructiveness in narrative that was pushed on us through music in our generation. I see how damaging that was, for myself included, and we’re all subject to the social pressure. I wasn’t above it. Each of us are impacted by what’s going on around us. For me, understanding the platform I have and who it speaks to, it’s about being strategic. I wanted to redefine the lifestyle and what we view as important. When you hear ‘buy back the block’ as the narrative, that’s powerful. That’s a step towards redefining the expectation”

The Art Of Being Self-Made: A Conversation With Nipsey Hussle

Few emcees have mastered the ability to clearly translate the relationship between culture and commerce. This rare breed of rappers share a powerful perspective, delivering coded messages for hustlers looking to step off the corner and young execs set on taking over the boardroom.

This doesn’t make any sense! My spirit is shaken by this! Dear God may His spirit Rest In Peace and May You grant divine comfort to all his loved ones! ??? I’m so sorry this happened to you @nipseyhussle

Jewish center’s menace in Ohio gets a man detained