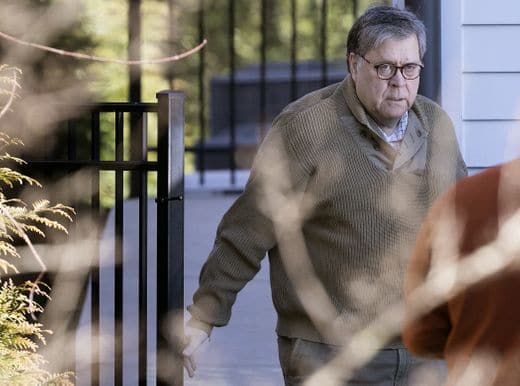 Historic clash is about to occur between Attorney General William Barr & Congress over evidence in special investigation of counsel Robert Mueller.

Barr reviews final report of Mueller saying, he wishes he could reveal details of it by mid-April. Democrats asks for it as soon as possible as their fight is getting access to evidence Mueller gathered not just how quickly they can read .

Core of the fight is on obtained evidence by using grand juries. Federal law requires Barr to keep it secret although it has been disclosed by government in previous high-profile cases.

Lawmakers of Democrats need access to evidence in order to get a crystal picture of Russian interference in elections of 2016 in addition to how presidential campaign of Donald Trump benefited from that interference even if no proof that there are Americans conspired with foreigners.

“In many ways, I think the important thing is not so much the report, as the backup material”, Paul Rosenzweig – prosecutor on independent team of Kenneth Starr investigated President Bill Clinton

Investigation of Mueller made extensive use of grand juries.

However, it’s still missing how much of final report depends on collected evidence. Prosecutors called witnesses for testifying before grand jury about meeting held at Trump Tower in 2016 where top aides of Trump were promised Russian “dirt” on Hillary Clinton in addition to overtures between WikiLeaks & Trump associates as anti-secrecy group related to Russian intelligence used to publish emails stolen from political organizations of Democrats.

“Everyone will soon be able to read it on their own”, Barr said

Jerry Nadler, D-N.Y., House Judiciary Chairman sent letter to Barr asking him to join lawmakers in asking court to release information of grand jury rather than wasting resources & time on keeping portions of report from Congress.

“As has occurred in every similar investigation in the past. It’s a public document. It has to be turned over. But as the week goes on, it just seems like the smell of a whitewash and a cover-up is getting thicker and thicker”

House Democrats prepare for that battle.

“The entire unfiltered report as well as the evidence underlying that report must be made available to the Congress and to the American people. I intend to fight for that transparency”

“The Russians helped elect Donald Trump. That is not subject to debate. Donald Trump’s son and campaign were offered help, and instead of going to the FBI, they welcomed it. Turns out, that, according to Mueller, that doesn’t rise to the level of a chargeable conspiracy”

Congress prepares for a battle over secret grand jury evidence in Russia inquiry; ‘I intend to f

WASHINGTON – A historic clash is brewing between Congress and Attorney General William Barr over some of the most sensitive evidence in special counsel Robert Mueller’s investigation. Barr is reviewing Mueller’s final report and said he hopes to reveal much of it by mid-April. House Democrats want it sooner.