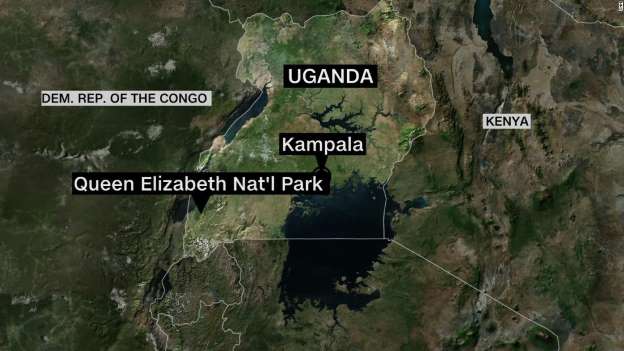 Last Tuesday, an American tourist was kidnapped by 4 armed men in Uganda demanding  $500,000 as ransom.

A female American citizen besides an Ugandan driver were kidnapped in southwest Uganda at gunpoint at Queen Elizabeth National Park.

“Kidnappers, using victim’s phone have demanded 500,000 USD. We strongly believe this ransom is the reason behind kidnap”

Press Release on the kidnapped tourist

Elite squad has been dispatched from police from Tourism Police to park pursuing gunmen besides closing  all exit areas on border between Democratic Republic of Congo & Uganda.

American tourist was abducted with four people. However, four were freed while driver & American were taken park,Of wondo Opondo.

“The priority at this point is to locate them, rescue & bring them back to safety”

“Ugandans are now paying to save the lives of loved ones who have been kidnapped. The police have access to the database of all mobile phones users to trace the kidnappers who are demanding ransom. Why have they not traced these calls to apprehend these criminals?”

IGP Ochola: I wish to make a statement in respect to the kidnaps in the country. There’s growing anxiety in our society due to the cases. In the last 4 months, 42 cases have been reported, investigated. Of the 42 cases,