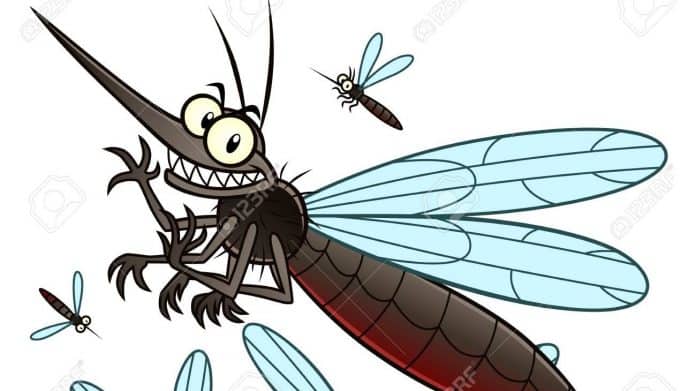 Mosquitoes are the most annoying creatures of all time

The mosquito lands on your ankle and inserts two serrated mandible cutting blades and saws into your skin, while two other retractors open a passage for the proboscis. Using her straw, she sucks your blood, while a sixth needle pumps in saliva that contains an anticoagulant that prevents that blood from clotting.

The female mosquito needs the blood to grow her eggs. And she bites everyone. There is no truth to the myths that mosquitoes prefer women over men or blondes and redheads over those with darker hair. She does, however, play favorites. Type O blood seems to be the optimum choice for her. It’s like pizza or burgers to you.

Mosquitoes can be dangerous

Stinky feet emit a bacterium that woos famished females, as do perfumes. As a parting gift, she leaves behind an itchy bump (an allergic reaction to her saliva) and potentially something far worse: infection with one of several deadly diseases, including malaria, Zika, West Nile, dengue and yellow fever.

Mosquitoes are the killers of our species. A swarming army of 100 trillion or more mosquitoes patrol nearly every inch of the globe, killing about 700,000 people annually which as you can see is an enormous number. Scientists say that mosquitoes have killed nearly over half of the human population that ever crossed earth in their 300,000 years of existence.

The mosquitoes and their diseases have accompanied traders, travelers, soldiers and settlers (and their captive African slaves) around the world and have been far deadlier than any manufactured weapons or inventions.

Malarious mosquitoes patrolling the Pontine Marshes facilitated both the rise and the fall of the Roman Empire. Initially shielding the Eternal City from the Visigoths, Huns and Vandals, they eventually pointed their proboscises inward on Rome itself. Mosquitoes defended the Holy Land during the Crusades by laying waste to armies of cross-adorned Christian soldiers. By infecting European soldiers with malaria and yellow fever, they reinforced numerous successful rebellions in the Americas during the late 18th and early 19th centuries, including the British surrender at Yorktown during the American Revolution.

Although, mosquitoes are disgusting and hurtful and sometimes even deadly, yet they are necessary for the continuity of the human race. Nature creates aspects of itself to maintain balance on earth and it’s not in our favor to disturb this balance by any means.

ABOUT US
World2day is your news, entertainment, music fashion website. We provide you with the latest breaking news and videos straight from the entertainment industry.
FOLLOW US
© Copyrights © 2019 . All rights reserved